With the help of National Student Clearinghouse data, we have been able to track Boise District hs graduates' college progress much more accurately, beginning with the high school graduating class of 2007. We know that we have made consistent progress in increasing the college-going rate of our grads. 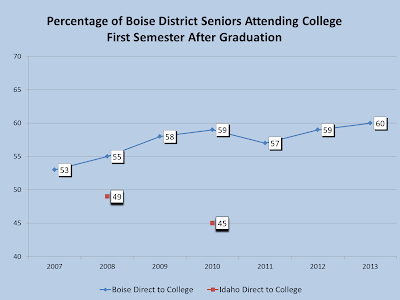 Boise District "Direct to College" rates have increased from 53% to 60% since 2007. Latest data from the Higher Ed Information website show that between 2008 and 2010, the college-going rate for Idaho actually dropped from 49% to 45%. 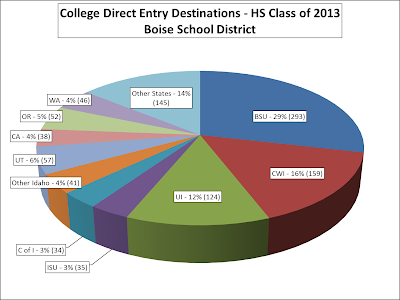